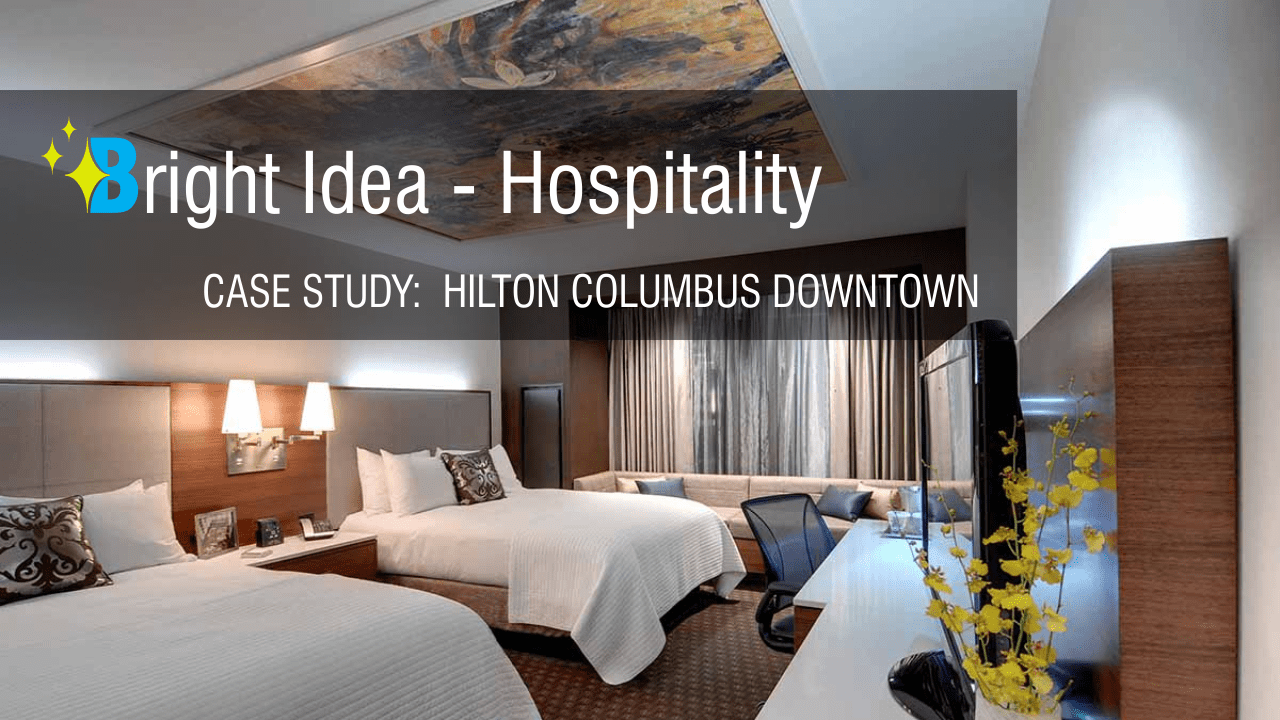 As part of a U.S. Department of Energy (DOE) demonstration project, researchers at Pacific Northwest National Laboratory (PNNL) evaluated the implementation of light-emitting diode (LED) recessed downlight luminaires in the guest rooms at the Hilton Columbus Downtown hotel in Columbus, OH. The facility opened in October of 2012, and the demonstration project included a post-occupancy assessment in January–March of 2014. Each of the 484 guest rooms and 48 suites uses at least seven 15 W LED downlights, for a total of more than 3,700 LED downlights. The LED downlights provided 50% energy savings relative to a comparable CFL downlight, and they enabled the lighting power to be more than 20% below that allowed by code.